Mooney to be Distributor for Redbird Flight Simulators in China
Apr 20, 2015

Redbird Flight Simulations and Mooney International are pleased to announce that Mooney will serve as the exclusive distributor of Redbird products in China. This new agreement is the result of the strong partnership that has developed between the two companies over the last 18 months. 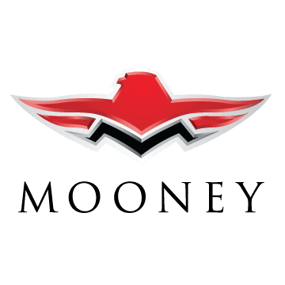 In 2014, Redbird and Mooney collaborated to build three, customized, full-motion Redbird FMXs designed to simulate the Mooney M20TN Acclaim Type S. These Advanced Aviation Training Devices were installed at three of Mooney’s locations – Kerrville, TX, Chino, CA, and Bejing, China. The customized and calibrated simulators mimic every aspect of Mooney’s efficient and speedy flagship aircraft. “We're very excited about the partnership we've built with Redbird. Their products are at the leading edge of flight training technology, enhance safety, and will be an important tool for the development of General Aviation in China," said Dr. Jerry Chen, CEO of Mooney International. "We think Redbird's simulators have tremendous potential in China, especially given our strong presence in that marketplace."

Mooney attracted a lot of attention at last year’s Airshow China when it displayed its new M10 aircraft and one of the custom Redbird simulators. Redbird and Mooney will be looking to expand their combined marketing efforts across China in the next year. In addition to sales and marketing duties, the simulators are a key part of Mooney’s growing transition and pilot proficiency training programs.

Both companies are very optimistic about the future of General Aviation in China and the continuation of their successful efforts together. “This partnership with Mooney is a logical extension of an already successful relationship,” said Todd Willinger the CEO of Redbird Flight Simulations. “They’ve been great customers in the past and we’re very pleased to have them represent Redbird in China.”

Mooney and Redbird’s partnership extends beyond offering just Mooney-specific simulators. Mooney will distribute Redbird’s complete line of products in China, including simulators for Cessna, Cirrus, and Piper aircraft. Those interested in working with Mooney to purchase a Redbird product in China should contact Peter Claeys, Mooney’s VP of Sales & Marketing in China, at pclaeys@mooney.com.