Redbird Chairman Jerry Gregoire today announced the appointment of former AOPA Chief, Craig Fuller, to the company’s Board of Directors. “Craig Fuller is the perfect addition to our leadership team, and we look forward to benefiting from his insights and experience,” says Jerry Gregoire, Chairman of the Board for Redbird Flight Simulations. “His leadership at AOPA has put him in touch with every facet of the aviation community. This is vitally important to Redbird, as we reach far beyond building flight-simulation equipment toward more complete training solutions, including the Redhawk training aircraft.” 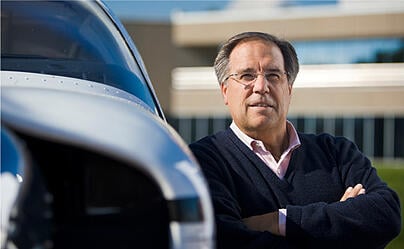 Fuller currently runs his own strategic consulting firm having just recently stepped out of his position as the President and CEO of the Aircraft Owners and Pilots Association (AOPA), where he served from late 2008 until September 2013. His previous experience includes senior public affairs positions in business, association leadership, and executive positions in the federal government, including eight years of service in the White House from 1981 to 1989, where he served as Secretary to the President’s cabinet and Chief of Staff to the Vice President of the United States. He’s currently on the board and executive committee of the U.S. Chamber of Commerce.

“No other company has done more innovative work introducing people to aviation and keeping them flying than Redbird,” says Fuller. “Over the past five years, we’ve watched this company grow into a major contributor to the health and well-being of our industry. The opportunity to join the Redbird team to build on this success is a real privilege. I’m thrilled to accept the challenge.”

Fuller remains an active pilot with a few hundred hours being logged this year in a Baron, a Husky, the AOPA Caravan and Citation Jet.